ARKIND wins the ‘Global Architecture and Design Award’ for the design of a unique housing facility. The Concept and Design of this project caters to the social, economic and environmental needs of the region while providing all facilities to nurture a happy community. 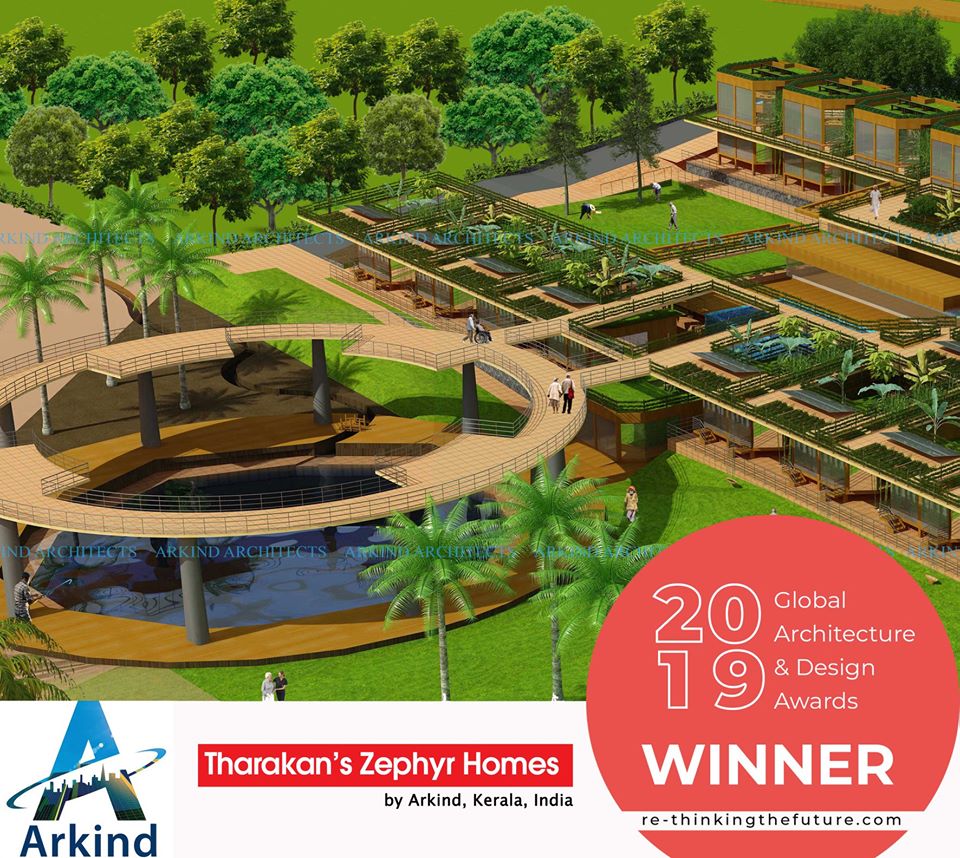 ARKIND’s design for Climate Resilient Modular Housing gets Shortlisted for the coveted Cityscape Global Awards. The project’s design caters to housing and community rehabilitation in areas effected by natural calamities in the Indian state of Kerala. 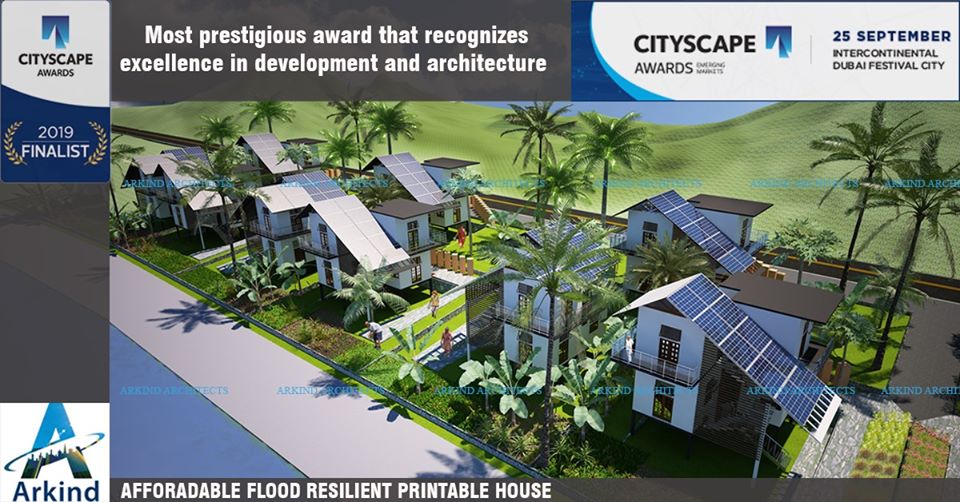 ARKIND has visualized this project as a resort for the retired and elderly. The design encourages interaction between the occupants and fosters healthy living through self- cultivated organic food, community interaction spaces, meditation and yoga area, plantation area, forest area, activity spaces, and open roof walks. Thus the project addresses and takes advantage of the existing social, economic and physical contexts of the region. 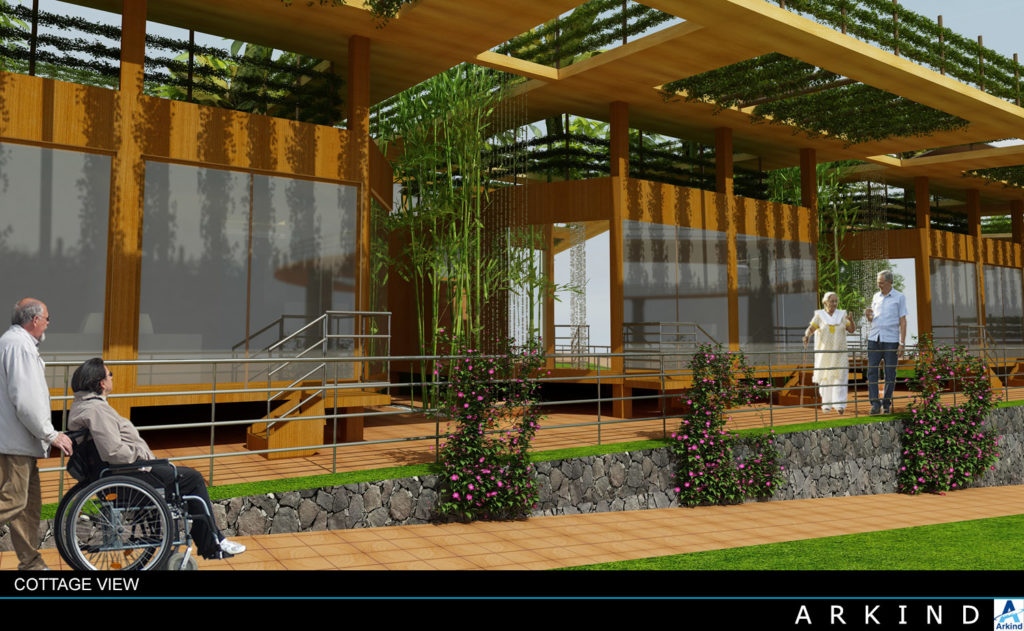 This concept of togetherness and community living is translated into the design of this retirement home which brings in the support system and nostalgia of the past while providing resort like facilities, views, activities, and amenities.

The project is designed with a minimum land disturbance while allowing complete disabled access. The concept of ‘Community Living’ and ‘Back to Nature’ is fostered in the design of the development which creates a self-sufficient community producing its own edible consumables and in-house waste usage system. Tharakan’s Zephyr Home engages the inmates and the neighborhood equally and becomes an environmentally socially and economically sustainable development for all stakeholders and a good model for India.

ARKIND’s previous international recognitions include the design of projects in categories such as Community, Culture & Tourism, Education, Leisure-Led Development, Tourism, Travel, and Transport, Environmental and Residential. 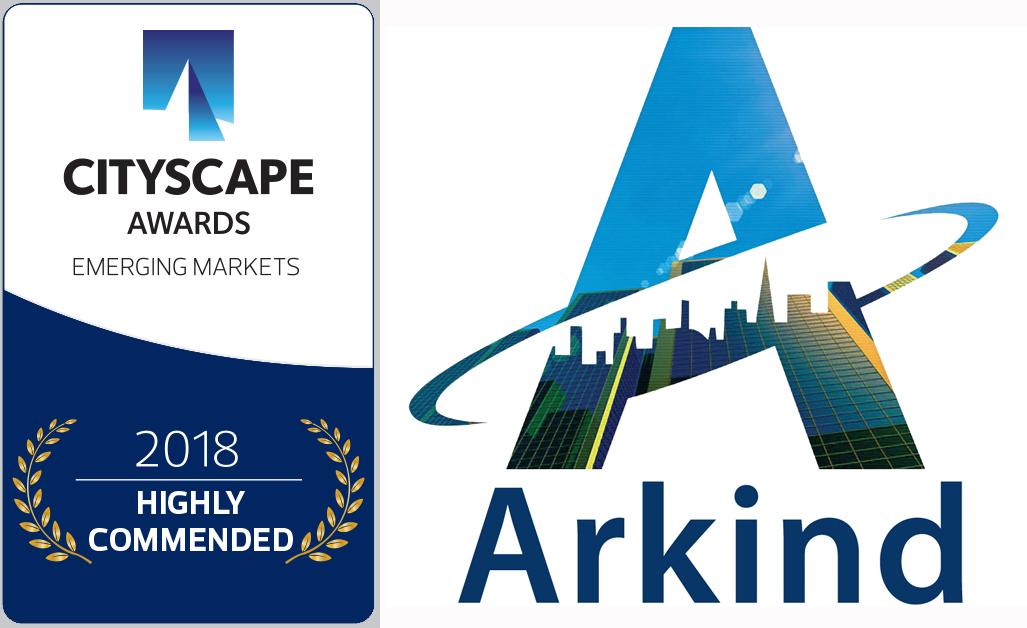 ARKIND’s design for Tharakan’s Zephyr Homes has won the ‘Highly Commended’ in Cityscape Global Awards held in October 2018 as part of Cityscape Global- the largest Real Estate and Property event in the World.
The project located in the Indian state of Kerala has won this recognition due to the unique design features, commercial model, environmental eco-cycle and facility management strategy implemented in the conceptualization and development of the project. 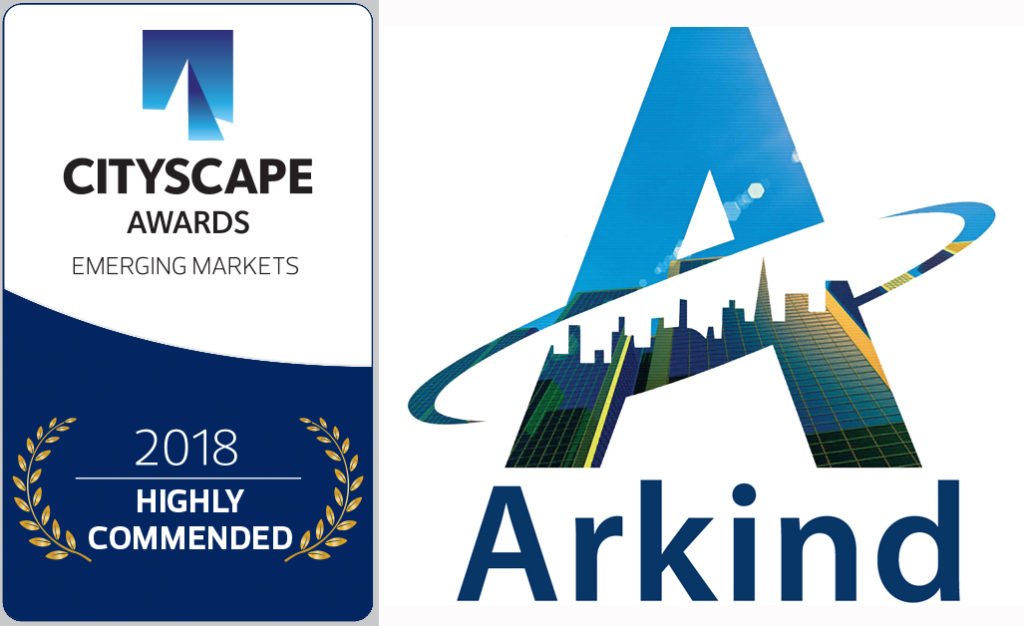 The concept of the design takes inspiration from the traditional Kerala courtyard house layouts and integrates the needs of togetherness as well as contemplation in retired life. The individual cottages are designed modular, yet convertible to three different layouts based on clientele. The layered planning of the development ensures that none of the existing natural forces or topography is disrupted. The North West Zephyr is funneled in and cooled by intercepting natural water flow at site converted to water features.
A self-sufficient lifestyle in created through ARKIND’s design of the facility with organic roof farming, skywalk, meditation spaces, community interaction, and ample group as well as solitary leisure facilities. 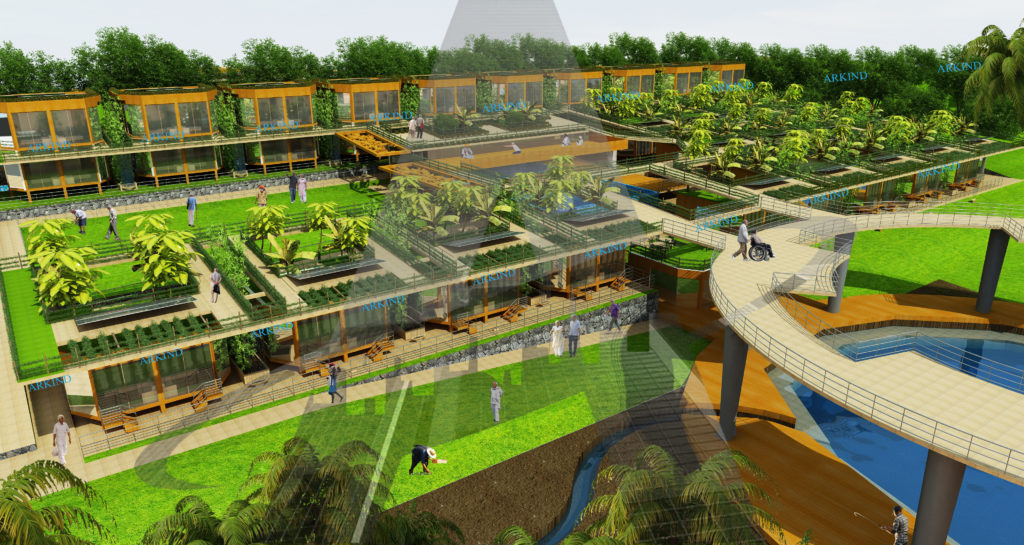 ARKIND’s designs for various projects have won International recognition in the past, as well. This includes ‘Highly Commended’ awards in previous Cityscape Global Awards in the years 2015, 2012-13 and 2011-12 and nomination to the World Architecture Festival Awards, known as ‘Oscars of Architecture’ in the years 2015, 2014 and 2013, Plan Awards-Italy in the Tourism, Leisure-Led Development, Education, Resort, Environmental, Culture, Community categories. 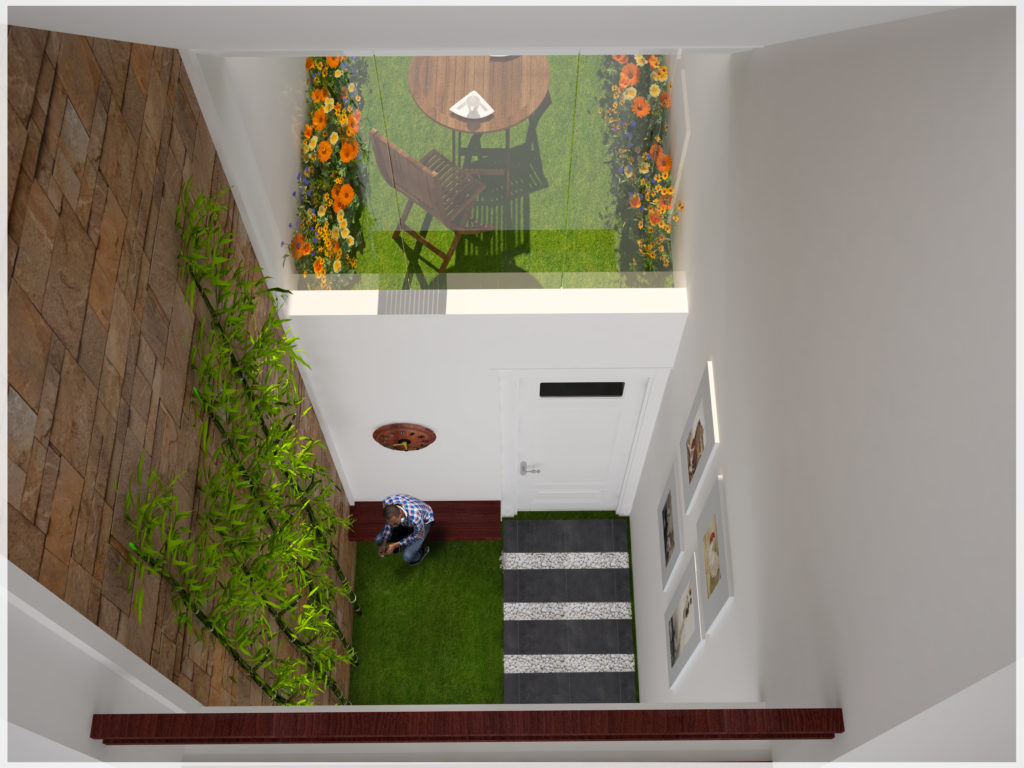 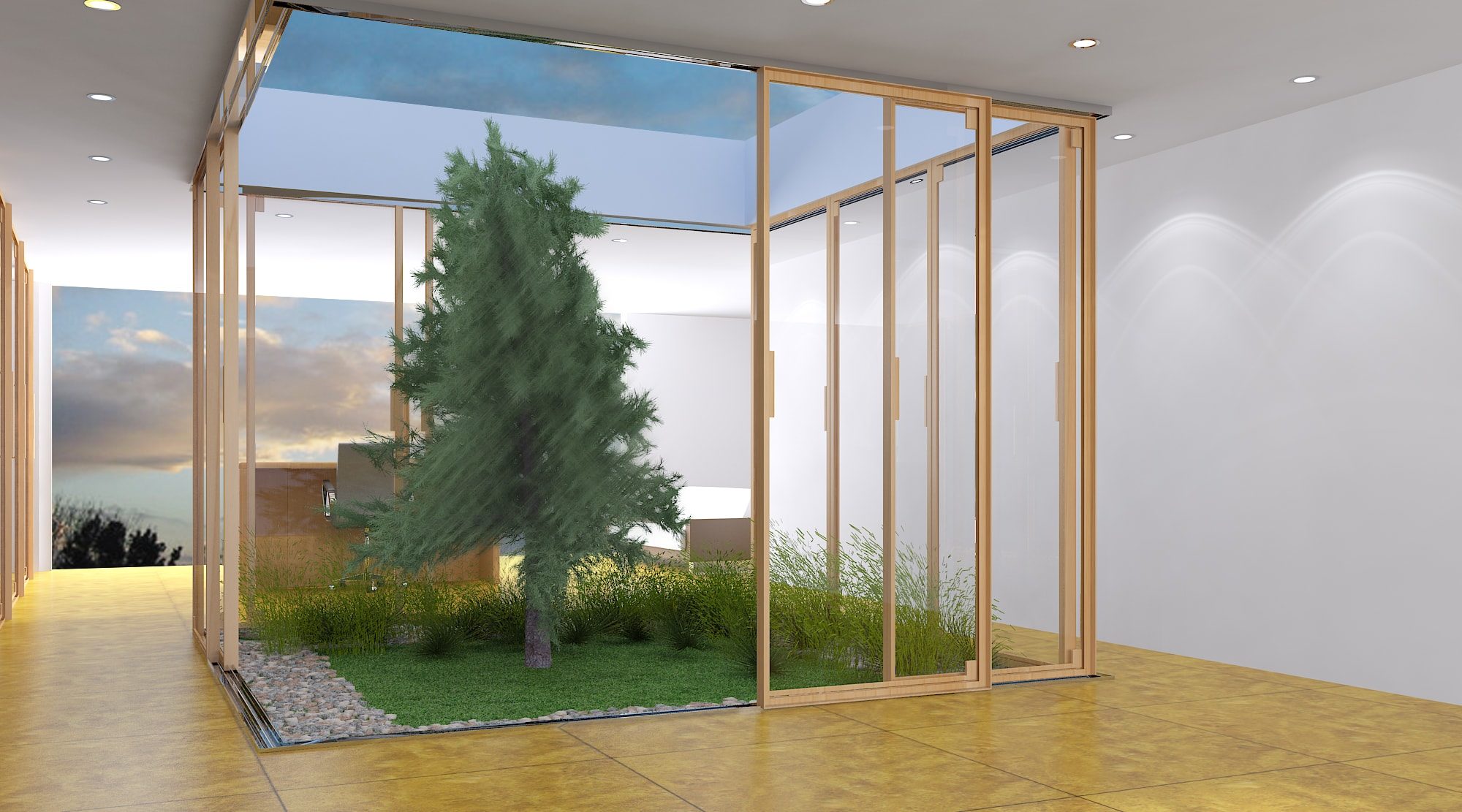 Architecture is about delivering a happy and healthy lifestyle to the inhabitants of spaces. This includes the commonly understood perception of Architecture- which is visual aesthetics. However, there are equally or even more important aspects which are not respected enough.

Our Principal Architect Ar. Deepa Mathai is a strong advocate of this cause of Architecture. We intend to share few of her thoughts in this regard over few of our upcoming blogs.

“As John Keats expressed ‘A thing of beauty is a joy for ever’ and Joy ensures mental well being which translates to overall well being. If Architecture is beautiful it can impart joy. But the key factor is, how  ‘Beauty’  is understood!      Does beauty limit to visual impact of built spaces? Does a beautiful colour combination, form, shape or texture mean beauty?

A built structure is essentially one which gives living beings protection from undesirable nature’s forces. If not for certain forces of nature becoming ‘undesirable’ to modern lifestyle human kind would have lived freely in nature.

Let us look at one by one aspect that contributes to ‘healthy living’. The ‘Air we breathe’ which is the most basic for existence of life, would have been pure, if we lived ‘in Nature’. When built spaces protect against undesirable nature forces, does it also have the risk of depriving living beings the desirable elements of nature – like pure Air. Quality Architecture Design plays a major role in ensuring Pure Air within built spaces.’

A clipping from an earlier newspaper interview of our Principal Architect Ar. Deepa Mathai, which still stands quite relevant